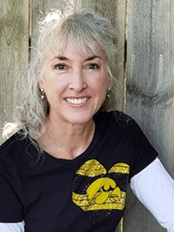 Tomeka Petersen has served as Marketing Chair of RAG4Clubfoot and as Past President of RC of West Liberty (Iowa, USA).  She has a master’s in social work from Simmons College School of Social Work (Boston, MA).

During her social work career, she has served vulnerable populations in multiple settings; including, an outpatient mental health center and an elementary school in Maine; UIHC dialysis unit in Iowa City; Peace Corps Kenya; the AIDS Project Quad Cities; a large partnership with Indiana University and Moi University Medical Schools in Eldoret, Kenya; The WiderNet Project at the University of Iowa (UI) (2010 –2013); Ponseti International Association at UI (2013-2017) and currently as the admissions and program coordinator and social work academic advisor at the UI School of Social Work since 2017. 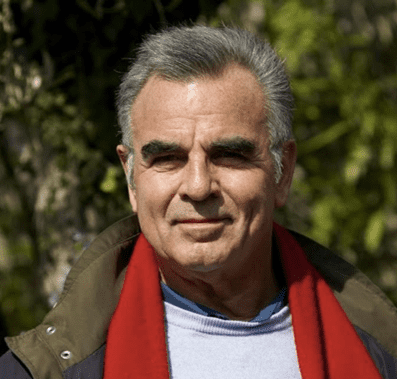 Marcel holds a bachelor’s degree in Business Administration from Liège Business School in Belgium and a master’s degree in Public Administration from Harvard University – Kennedy School of Government. He was Ambassador of the European Union in the Republic of Haiti and the Congo. He has been an official of the European Commission in various positions related to the political, economic, commercial and development cooperation of the European Union in Belize, Bangladesh, Guinea, Kenya, Ghana, Burundi and at Brussels headquarters.

He is an active member of the Rotary Club Bogotá Centenario in Colombia, since December 2018 and president in the year 2021-2022. Active member of the Rotary Club of Belize City from 1997 to 2002, president of the Organizing Committee of District 4250 Conference in 2000, in Belize. He was a friend of the Rotary Clubs of Porto Principe in Haiti (2002-2006) and Brazzaville in Congo (2010-2014). Peacebuilding and Conflict Prevention TRF CADRE Technical Coordinator, CADRE Expert in the area of Economic Development of the Communities”. Co-Chair of the Board of Directors of RAG4Clubfoot. President of the Board of Directors of Fundación Rofé, “Touch a life” in Colombia. He was a professor at the Universidad del Rosario in Bogotá and at the Universidad del Cauca in Popayan – Colombia. 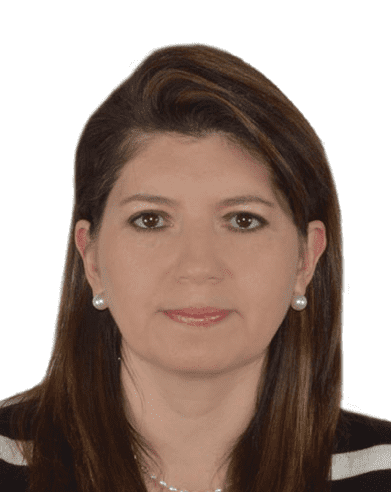 I am a pediatric orthopedic surgeon with special training and experience in treatment of congenital deformities in children. I was trained at the Clubfoot Treatment Center at the University of Iowa Hospitals and Clinics. I am the past president of the Latin-American Ponseti International Association (2019-2021) and current president of the Colombian Pediatric Orthopedic Society  (2021-2023).

Since 2018,  I’m involved in training programs of the Ponseti method for clubfoot in Colombia an other Latin-American countries such as Peru and Ecuador. I am coordinating the Global Grant 1860348 for Ponseti method training in Colombia as well. Since 2016 I’m a rotarian (Club Bogotá Centenario, Bogotá Colombia), 4281 District. 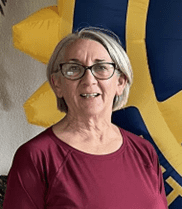 I have been a member of the evening Rotary Club of Boone, Iowa since 2019, the year of Boone Rotary’s Centennial Celebration.

Before retiring in 2010 I taught special education for 30 years in Sioux City, Minnesota, Ames, and Des Moines.

My hobbies included:  traveling, gardening, and quilting.  Most days I walk three miles with my dog.  I am currently the secretary for the Rotary Club of Boone. 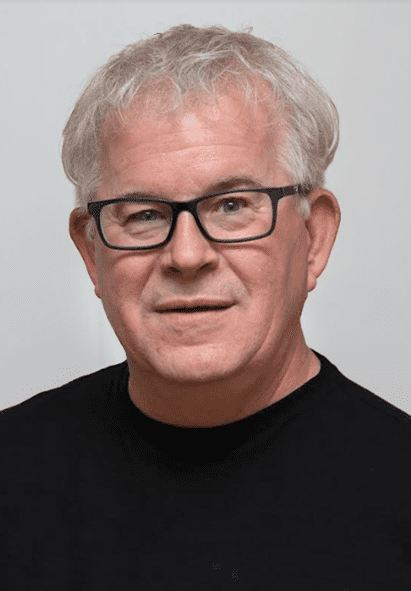 Mark Ruggeberg is the Past President of the Rotary Club of Iowa City Downtown and is currently serving as an Assistant District Governor, Assistant Treasurer for the Rotary District 6000 Humanitarian and Educational Foundation, Vice Chair of the Iowa Women’s Foundation and Board Chair of Open Heartland.

He has a degree from the University of Iowa where he received his BBA in Accounting. He spent his career in the real estate and hospitality industries. 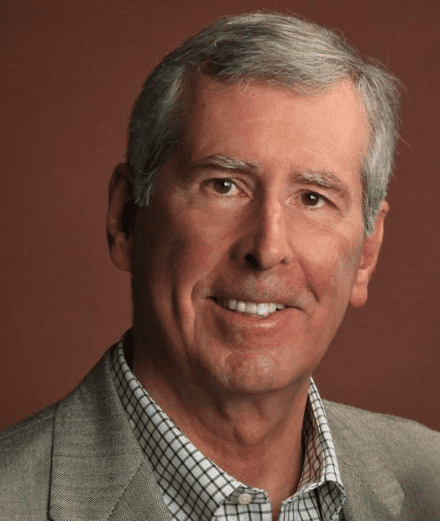 Brock Earnhardt is a retired utility company president. He is a member and past president of the Rotary Club of Davenport, Iowa and is the Rotary District 6000 Grants Subcommittee Chair.

Brock has traveled extensively in developing countries in Latin America, Asia and Africa, primarily to visit Rotary clubs and global grant projects. He is a recipient of Rotary’s Service Above Self Award and The Rotary Foundation’s Distinguished Service Award.

Brock is a graduate of Brown University. He resides in Bettendorf, Iowa with his wife Carol. 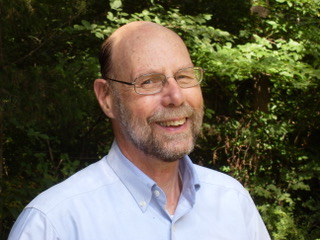 A life-long resident of Bedford, Massachusetts, USA, Ralph holds a B.S. in Education from Framingham State College, and an M.S. in Education and a Certificate of Advanced Graduate Study from Lesley College. Ralph Hammond has served the Bedford Public Schools from 1969 to 1995 as a classroom teacher, vice principal, director of computer education, finally as elementary school principal.

Hammond has been a member of the Rotary Club of Bedford since 1990, serving as club president, was International Service Director and has been the District and International Grant Coordinator for 20 years. He presided as Governor for District 7910, Central Massachusetts. He chaired the district Polio Eradication fundraising campaign and served on the Rotary International Literacy/Numeracy Task Force while launching a Rotary literacy methodology, CLE, in both Nepal and the Philippines. Involvement with the Rotary Action Group for Clubfoot (RAG4Clubfoot) is new for Ralph. Involvement and inclusion of students with disabilities while a teacher and administrator is a special passion that began in his second year as a teacher, through his last year as a principal, and continues today.

International involvement is key to learning. With his wife Jean they hosted a high school Rotary exchange student from Germany and also supported the education of a child in Nepal, who later came to the US to earn an associate degree in dental assistance at Middlesex Community College and a BA at Mt Holyoke College before returning to Nepal.

Ralph continues to serve on numerous local town committees and for his active community involvement he was honored as citizen of the year for the town of Bedford. 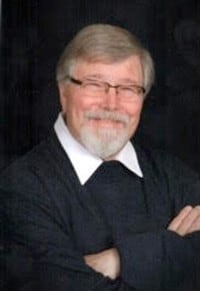 Jay has been a practicing pediatrician in southeastern Michigan since 1977. Along with fellow Rotarian and spouse Linda, he has made numerous trips to northwest Guatemala, and together they have spearheaded medical, dental, and eye missions, trainings of Village Health Promoters and Midwives, literacy projects, village water projects, the construction and staffing of a clinic , a microlending project, and a Clinic on Wheels, for the most remote villages. Their non-profit organization, Casa Colibri (Hummingbird House), is known throughout the region as a friend of the Maya.

These activities have been recognized by the American Academy of Pediatrics, and the State and County Medical Societies. Dr. Eastman has received the Service Above Self Award from Rotary International and most recently the Outstanding Physician and Humanitarian Award from William Beaumont Hospital. He is past President of Rochester Rotary and has served as District Literacy Chair. He currently is the Chairman of the District 6380 Foundation Committee. 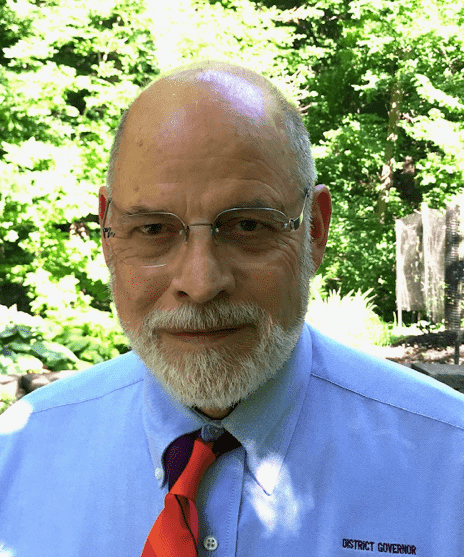 A Rotarian since 1989, Chris Knapp was a charter member of the Rotary Club of Iowa City A.M., its treasurer for 8 years and club president 2000-01. Chris’s Rotary focus has been international in both scope and action. At the club level Chris has been the club’s Youth Exchange Officer and Youth Exchange Counselor and the club’s counselor to four Ambassadorial Scholars and the club’s inbound GSE team liaison. Both he and Vernette participated in the IowaMOST (Iowa Miles of Smiles – cleft-lip and cleft-palate surgeries Team) to Guatemala. Vernette, who has been a Rotarian since 2013 has been actively engaged in all of these activities since 1990. To date, these two Rotarians have hosted 8 exchange students. Chris and Vernette are Rotary Foundation Major Donors, Paul Harris Fellows and members of the Paul Harris Society.

Outside of District 6000 he became president of South Central Rotary Youth Exchange (SCRYE) 2020-2022. Chris is the chair of the 2020-2021 NC PETS Executive Committee. Chris is a member of the board of directors of Rag4Clubfoot. 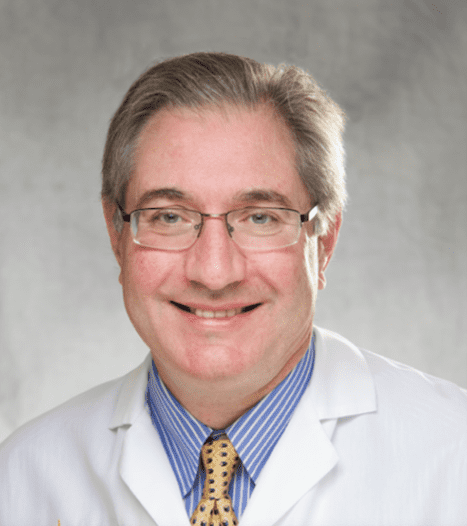 Dr. Morcuende is the Director of the Ponseti International Association. Originally from Madrid, Spain, he studied Medicine at the Universidad Autonoma de Madrid, Spain, where he also did his PhD. He moved to the United States in 1991.

He is Marvin and Rose Lee Chair and Professor at the University of Iowa Department of Orthopedic Surgery and Rehabilitation, and Pediatrics. His clinical practice is in Pediatric Orthopedics and Musculoskeletal Oncology. His research concentrates on the genetics of clubfoot, scoliosis and other children disorders, as well as clinical and global health issues related to these disorders. He has more than 120 publications and has spoken in many national and international meetings. He is former Chairman of the POSNA Bone and Joint Decade Committee, AAOS Bone and Joint Decade Committee and USBJD Board of Directors.